It was long overdue: Herbie Hancock is this year’s Artist in Residence at NN North Sea Jazz. As always, what we can expect from the master at the festival will remain a surprise until the last moment. With a repertoire as extensive as his, the possibilities are endless.

If we counted right, this will be his thirtieth appearance at North Sea Jazz: it was about time he received that coveted title of Artist in Residence. Herbie Hancock is a frequent and valued guest at the festival, not in the least due of his versatility. As a young boy, he started with a classical music education on the piano and turned out to be a child prodigy, already creating his own compositions during his teenage years. Hancock started his jazz career playing in the band of trumpeter Donald Byrd and released his own debut album Takin’ Off in 1962. It caught the attention of Miles Davis, who invited him to play in his quintet.

The extraordinary thing about Hancock is the fact that he not only mastered traditional, acoustic jazz to a tee, but from the 1970s on was also drawn to jazz fusion, and even pop music. Armed with an arsenal of synthesizers and electronics he experimented with varied musical styles. He released his sensational album Head Hunters in 1973. Hancock was responsible for jazz standards such as Cantaloupe Island, Watermelon Man, Maiden Voyage and Chameleon, but his biggest mainstream hit single was 1983’s Rockit – with a very cool music video to boot. The way he combines jazz with electronic music is unprecedented, which causes critics to call him a musical chameleon; there are very few styles he can’t conquer.

Up until now, Hancock has put 14 Grammy Awards, an Academy Award and countless other prestigious prizes to his name. He was the recipient of a prestigious Kennedy Center Honor, received an Honorary Doctorate of Music from Berklee College of Music and is now passing his knowledge on: in 2012 he became a professor at the music faculty of the University of Los Angeles, California (UCLA) and heads the Herbie Hancock Institute of Jazz, a non-profit music education previously known as the Thelonious Monk Institute of Jazz.

Now 82, Hancock still honors his reputation as an innovator by always seaking out new collaborations. Not just with members of his own generation, such as Wayne Shorter and Chick Corea until shortly before the latter passed away, but also with younger acts, varying from pop artists to the new generation of jazz musicians - and from Corinne Bailey Rae, James Morrison and P!nk to Terrace Martin, Elena Pinderhughes, and Lionel Loueke. The latter has been playing in Hancocks band for years and in 2020 released a solo album with compositions by the master: HH, which Loueke will perform at the festival on Friday.

No two concerts by Hancock are the same, which is exactly what delights enthusiasts. And right in the line of the legendary keyboardist he won’t be pinned down yet on what he will bring to Rotterdam this Summer. Not that it matters; we’ll just let the master surprise us. 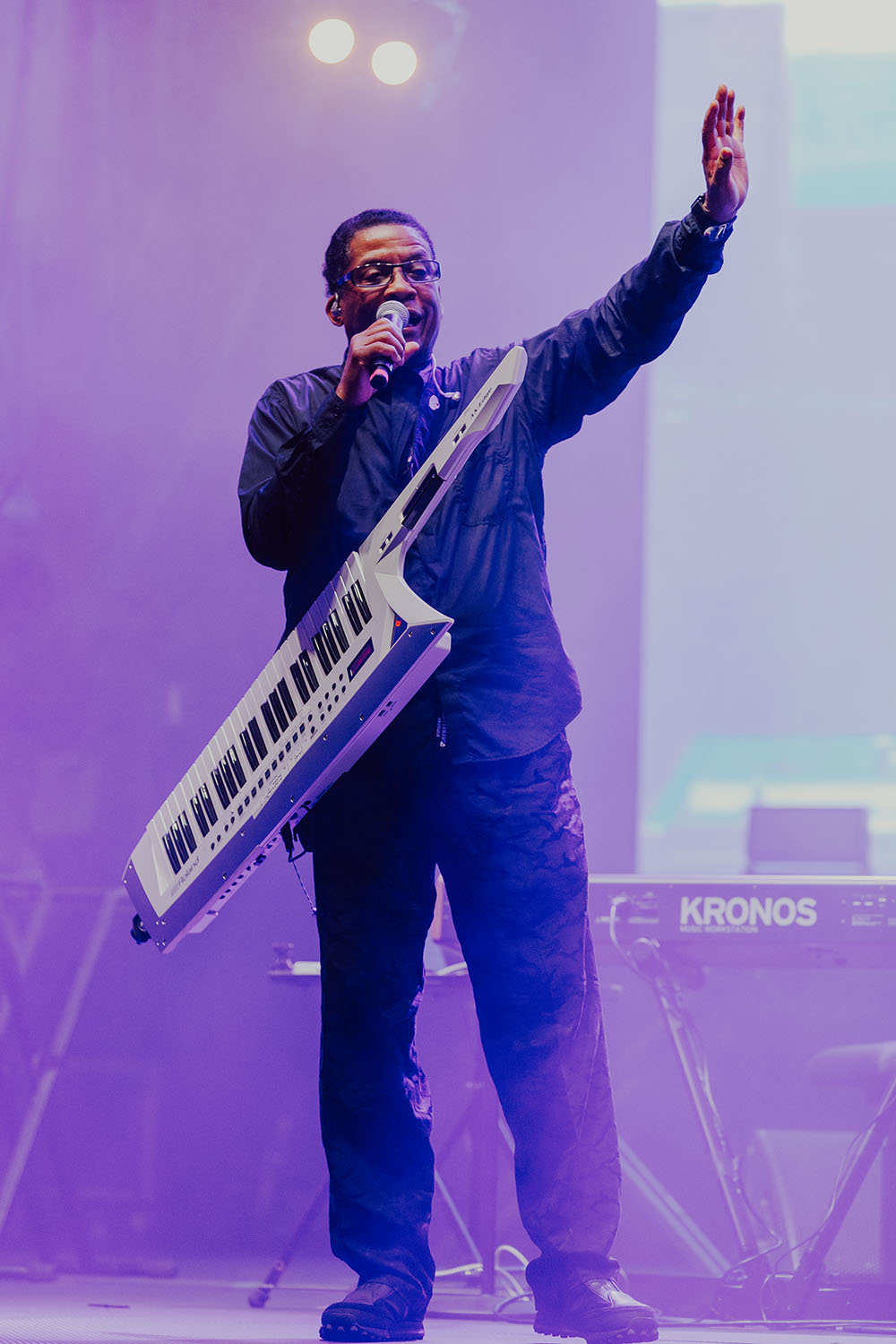